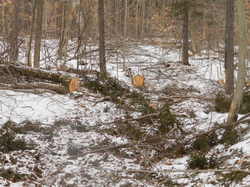 Most of the Club’s 110 acre property is forested and we have undertaken several recent habitat management projects.  In late winter 2007, with the aid of a Landowner Incentive Program grant, we conducted an 18 acre clearcut on the northern part of the property.  The Club’s forest, and most of the surrounding forestland, both public and private, was mature and with the grant we were able to create a block of early-successional forest, a habitat type in short supply in our area.  Within a
month after the harvest was completed we documented a number of woodcock singing in the cut area, and as the new forest grows other species that use young forests are frequently encountered.

In 2012-13, we conducted a Timber Stand Improvement cut in the area west and south of the shooting range.
This area was low quality hardwood and, like most local forests, had sustained significant crown damage during the December 2008 ice storm, as well.  This operation will remove most of the poor quality and damaged hardwoods in this stand and leave those trees with good form and potential to grow.  When completed, the resulting opening of the forest canopy will allow residual trees more room to grow and the additional light getting to the ground will spur the growth of the understory trees which will form the next forest.

In the winter of 2018 we began planning for a clearcut adjacent to the one completed in 2007. This cut will be along the northern property line of the club and will consist mostly of mature hemlock, spruce, and pine with a small amount of hardwood. 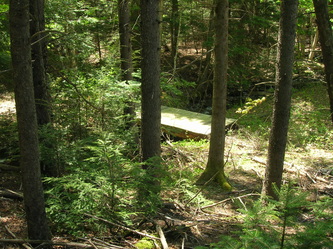 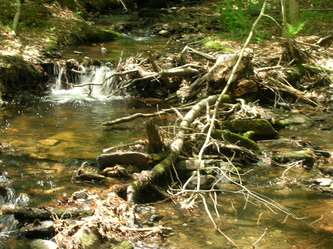 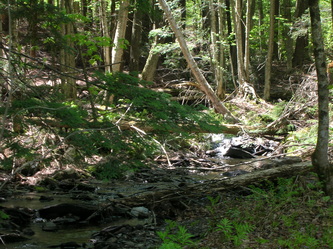 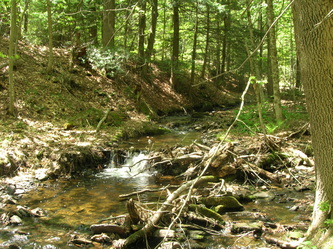 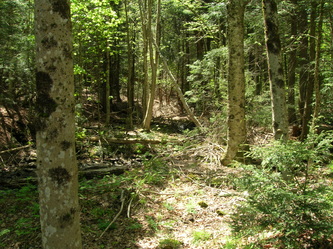 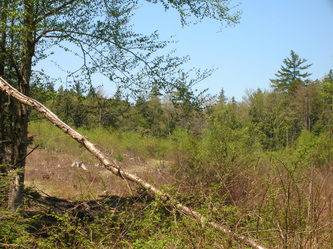 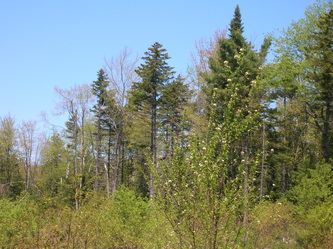 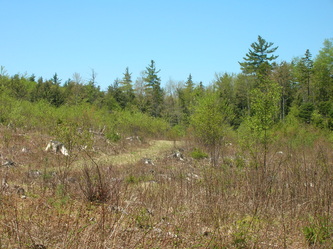